Success the Easy or Hard Way, You Choose 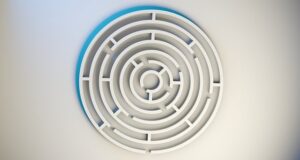 There are many ways to reach a goal. Some results immediately follow our actions and move us towards the goal, others may not move us as quickly in the direction we envision. One thing is certain, it’s our choice if we achieve our goals the easy or hard way.

I suspect we all know what it feels like to struggle to achieve a goal the hard way. Lots of thinking, deliberating, maybe even procrastination. Whatever we’re doing is often coming from forcing versus allowing. It’s quite possible that when we reach the goal, instead of celebrating with joy we feel exhausted. That’s not where we want to be after much effort. Can you relate?

“We can’t give what we don’t have”

Too often, because of deadlines and intense focus we may work longer hours than usual and shortchange ourselves on sleep. We may attempt to further carve out time from our 24-hour day by not exercising and eating fast food. Guilty! I’ve been there.

Putting our self-care and personal wellness at the bottom of our to-do lists is damaging. Especially when it continues over extended periods of time. Signs of the wear and distress will appear. Just like a vehicle which is not maintained, things break down.

Think of it this way. We can’t give what we don’t have. If we’re in a continual state of giving, doing and performing then there needs to be replenishment otherwise our well will run dry. Many of us pay more attention to keeping our cell phone batteries charged than keeping our own batteries charged. Is this you?

In a recent coaching call, John, an executive client brought up the topic of self-care. What was so shocking is that it was a 180-degree change from our last conversation.

In the prior conversation, he focused externally on all that he had achieved through hard work over recent months. Successes such as starting a new role, creating a solid foundation and structure for his department and developing the team were recognized. John’s over-arching goal was to see the hard work pay off in financial results. He set the marker of meeting the budget as a means of justifying the hard work, long hours and lack of sleep. This was, in his mind, an acceptable exchange. The financial goal was achieved, thus the opportunity to celebrate arrived. Remarkably during an economic downturn and global pandemic.

Our next call was very different. While still pleased that he and his team had achieved the goals, John realized he was exhausted and wasn’t able to fully appreciate the success. This exhaustion prompted him to open up and share things which he’d never spoken until that day. He realized that the pace he’d been keeping for the last few months was no longer sustainable. While the achievement of the goals and financial results was very satisfying and uplifting, John was fearful of being very close to a crash.

This was difficult for him to accept. I encouraged him that the fact that he’s discussing this fear will create awareness around steps he can take to prevent a crash. He began to understand that all the hard work allowed him to achieve the goal, however, it was the hard way. An easier way would have been with similar effort combined with an ongoing focus to his health and wellness. John started seeing the importance of balancing the output with consistent, restorative input. We had spoken of this before; however, it wasn’t until this moment that the concept was making sense. In prior sessions, it was intellectualized and passed off to, you guessed it, create more time to work. Now, he was at the place of beginning to accept another possibility.

“His heart was telling him that an inner balance was important”

Restorative input from exercise, playing and creating music and social time with friends nourish his soul. All activities he loves, but pushed aside to create more time for work. John became energized just by speaking about what he could do. Instead of worry he was smiling and could see the possibility of this replenishment helping him to sustain a higher level of energy for a longer period of time.

John knew where he had been and that was the catalyst to make changes focusing more on his self-care and personal goals. He felt empowered. While his mind was telling him that he should focus on work more, his heart was telling him that an inner balance was important and would allow for sustainable success.

By looking back at where we’ve been, and knowing that we don’t want to get there again in the same way, it’s much easier to course correct. He understood this. Even though he surprised himself with what he shared he was glad that he did.

John is now committed to achieving success the easy way and understands that if he chooses not to it’s his choice. It doesn’t have to be success or wellness. Both can be achieved. When this choice is made, and we’re holding ourselves accountable, there’s a much better chance that we’ll have the energy to celebrate.

Are you achieving your goals the easy or hard way?

Scott Masciarelli, PCC, BCC is a certified global leadership coach and consultant. He is an expert in helping clients communicate with confidence and ease and lead with greater impact. His clients include multinational companies, SME, government and solo entrepreneurs. Scott’s signature program, Leading with Harmonic Velocity TM helps leaders’ step into their most Authentic Selves and create an inner harmony. Removing resistances increases the speed of their impact and transforms how they show up at work, in life and with their family. Scott is a contributing author to two books and serves clients globally from the metro Washington, DC area. Contact Scott at Clear Insights Coaching to find out how you can lead with greater ease, impact and confidence at info@clearinsightscoaching.com

Thanks to  Arek Socha from Pixabay for the labrinyth image