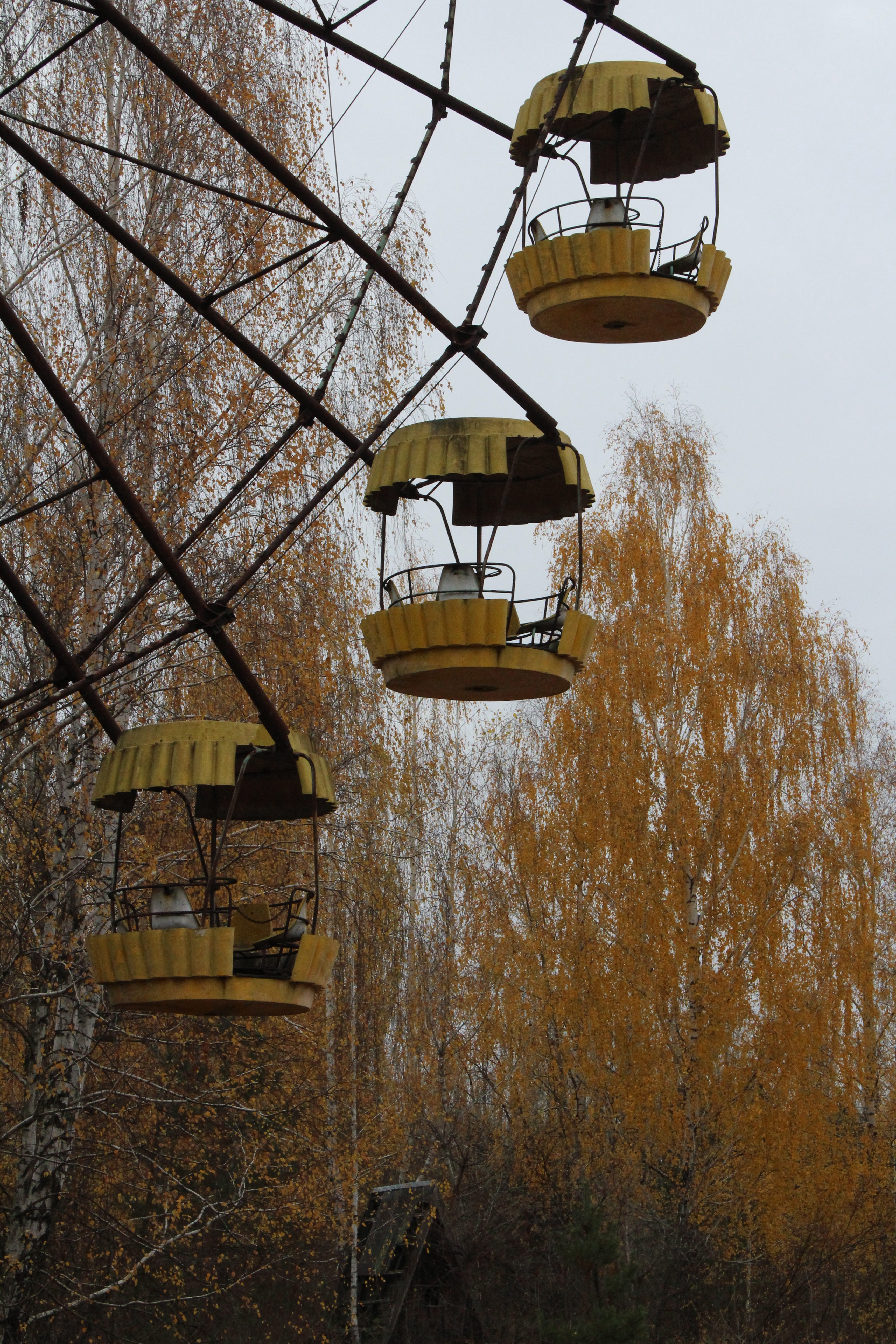 36 Hours in the Chernobyl Exclusion Zone

My visit to the Chernobyl Exclusion Zone was a fascinating and incredible learning experience. To be in this place which was once inhabited and now is a ghost town is beyond description. As you view these photos simply remember that this city had 50,000 people living their lives and within 2 days they were evacuated, never to return. 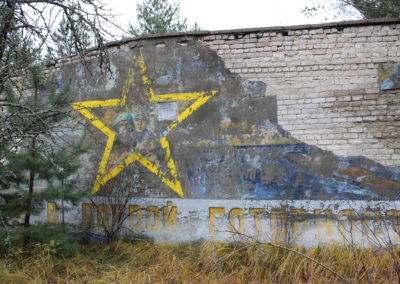 Soviet propaganda at the Duga military base 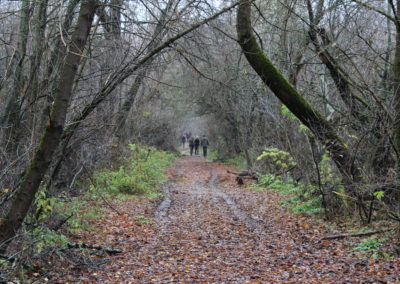 Nature has reclaimed this road in one of the abandoned villages. 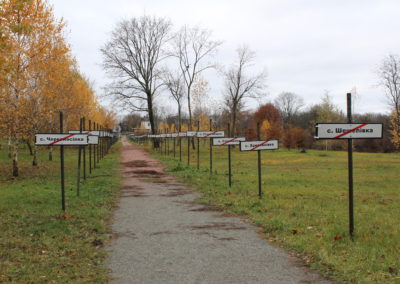 Alley of hopes and dreams

The alley of hopes and dreams with signposts of the 150+ evacuated villages in the exclusion zone. 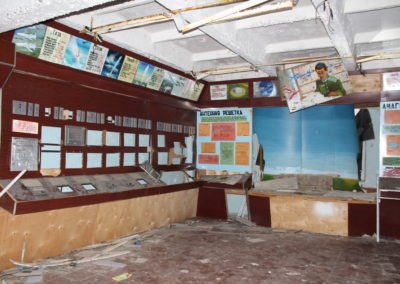 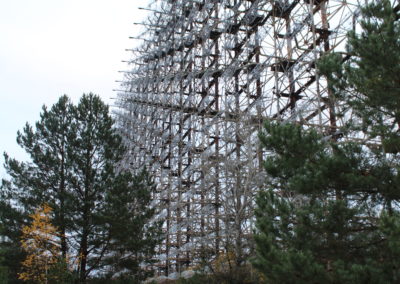 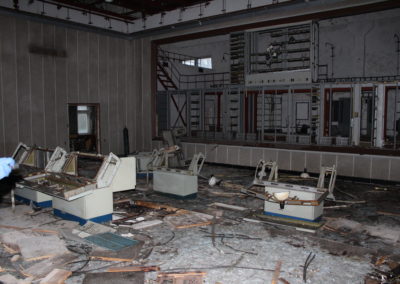 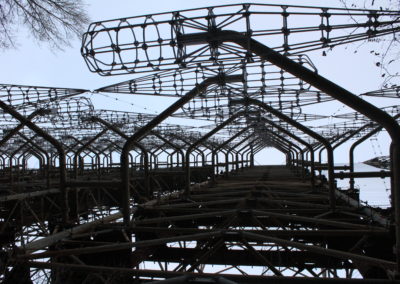 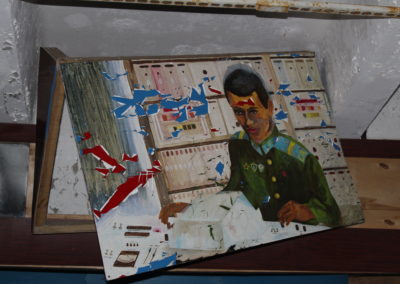 Inside one of the Soviet soldier’s training rooms. 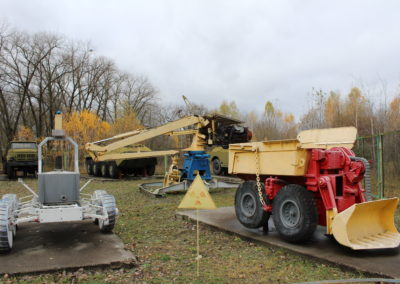 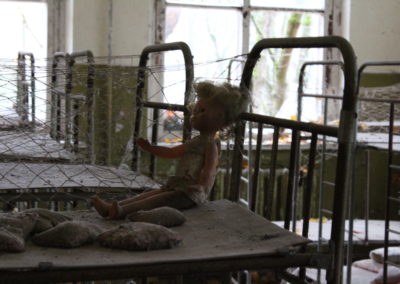 Bunk beds in the abandoned kindergarten. 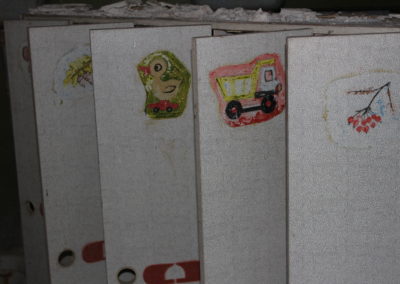 Lockers with childrens art in the abandoned kindergarten. 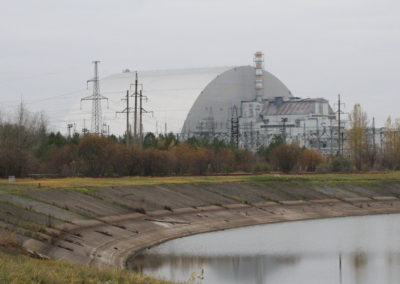 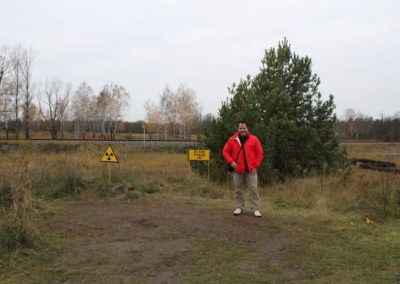 Me and a radioactive tree

Standing next to a radioactive tree for just a few seconds. 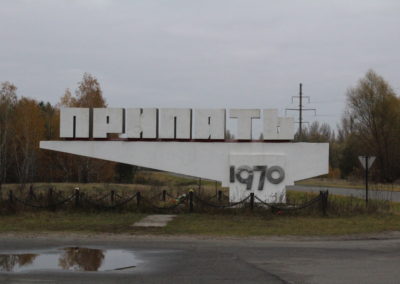 Entrance to the city of Pripyat, 3km from Chernobyl power plant. 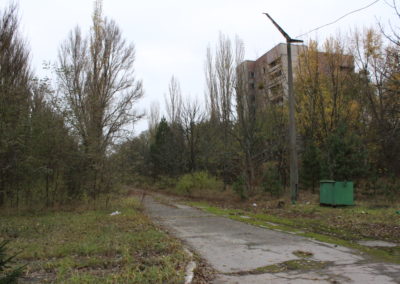 Main road into the city of Pripyat. 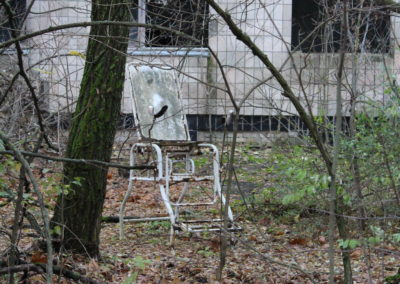 Chair outside the central hospital 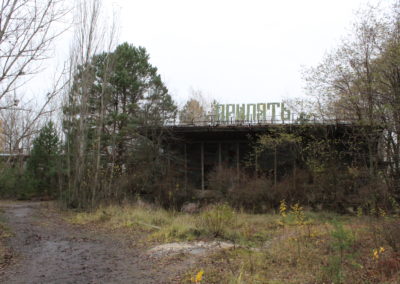 One of the cafes now overgrown by nature. 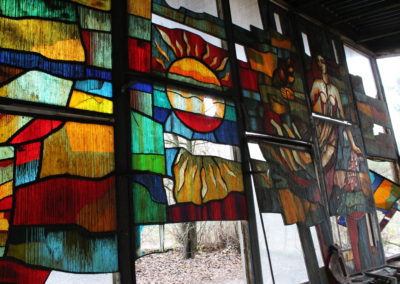 The stained glass wall in the cafe at the marina. 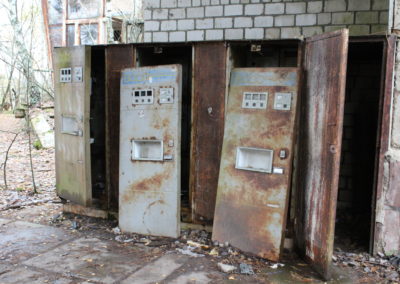 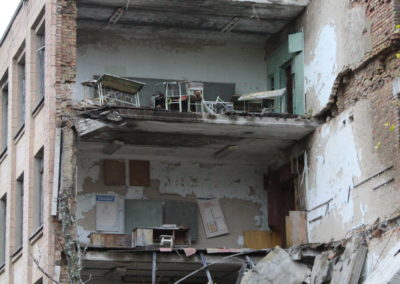 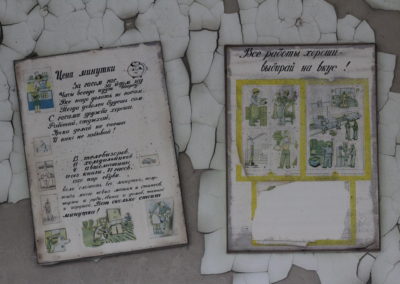 From inside one of the elementary school classrooms. 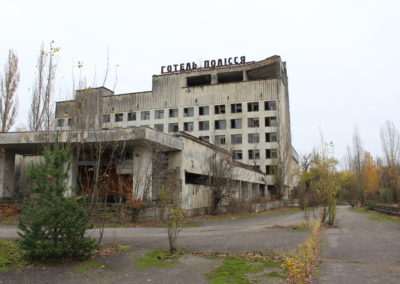 The Polissya hotel in Pripyat used to house visitors to the Chernobyl power plant. 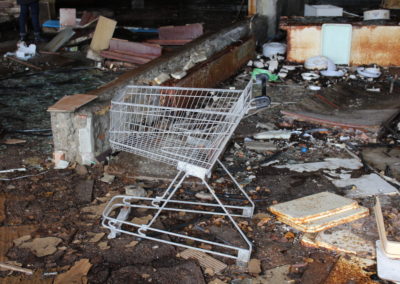 Inside the department store, a sole shopping cart sits. 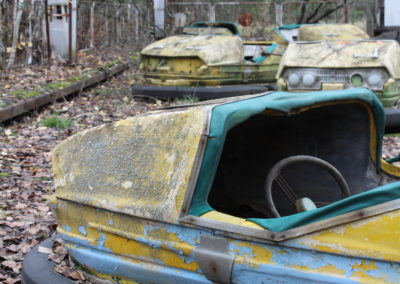 The amusement park was scheduled to open on May 1, 1986, only 5 days after the accident. 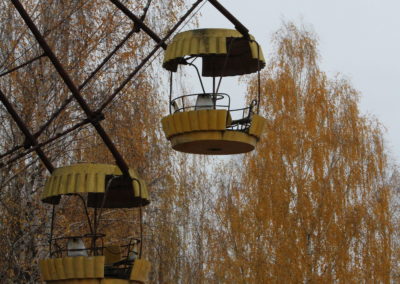 Fall colors and the ferris wheel

The iconic ferris wheel which was never officially used. 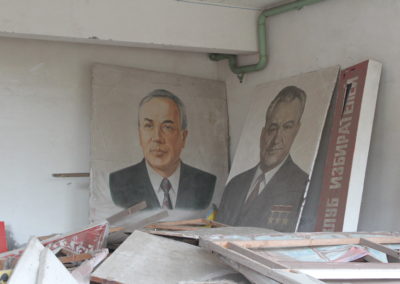 For the May 1 – Labor Day celebration 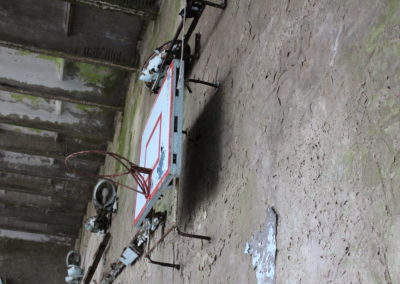 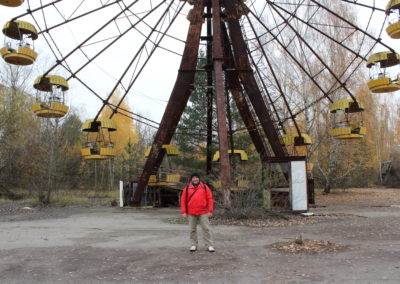